Small size and high precision chip resistors are required for the miniaturization of ECUs as well as to achieve increased sensor accuracy needed in automatic driving technologies. In addition, together with the increasing use of electronics in vehicles, sudden ESDs can cause malfunctions and breakdowns of equipment. ESD measures are therefore required. The structure of the resistive film in conventional compact thin film chip resistors is prone to instantaneous over-voltage occurrences such as ESDs, resulting in local high-loads. This, in turn, causes the resistors to break down more easily. The compact, high precision thin film chip resistor, which achieves ESD performance, was developed based on our proprietary thin film formation technology in order to decrease local voltage loads due to over-voltage. In addition to providing highly accurate control of input and output signals in amplifier and control circuits, our new thin film chip resistor makes it possible to do away with some of the equipment and restrictions on handling that were necessary as part of the mounting process of thin film resistors in order to reduce ESDs.

Due to the structure the resistor thickness is thin, unevenness of resistor film thickness easily occurs.

Current concentrates locally on the spot where film thickness is uneven resulting in resistor destruction. 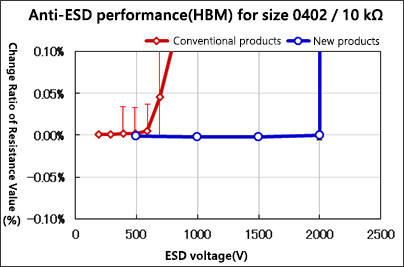 In environments with large temperature range, thermal stress due to the difference in the coefficient of linear expansion between the chip resistor and the mounting board is repeatedly applied, causing cracks in the solder fillets, eventually resulting in a variation in resistance. Long-term use was therefore an issue. By making use of our proprietary electrode structure which incorporates a buffer layer inside the electrode, this new product suppresses crack propagation occurring in the solder fillets to achieve thermal shock resistance appropriate for automotive applications. It is suitable for equipment such as integrated electromechanical modules which require to be operated in environments subject to extreme temperature fluctuations or over long periods of time. 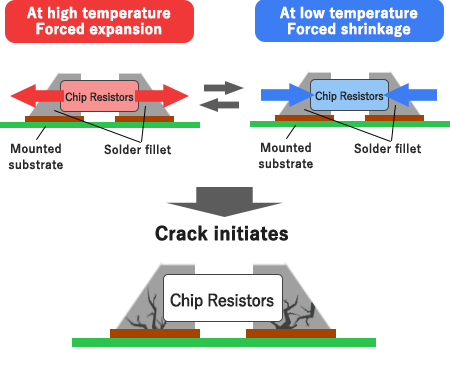 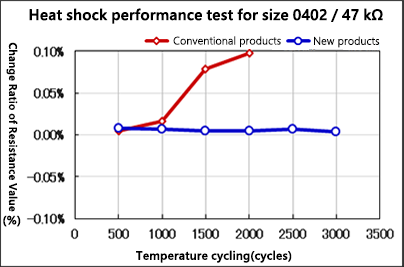 Sulfur compounds are present in various forms in the atmosphere: automobile exhaust gas, hot spring sulfur gas, etc. Exposing a chip resistor to sulfur compounds causes sulfidation of the electrodes, which may result in a variation of the resistance value. In recent years, demand for sulfidation-resistant resistors has been increasing in order to improve the long-term reliability and safety of various automotive and industrial equipment control circuits. By selecting electrode materials highly resistant to sulfidation and making use of our proprietary methods, we have developed a resistor that offers superior sulfidation resistance for improved reliability in control circuits. The resistor is also suitable for use in industrial robots that require sulfidation resistance. 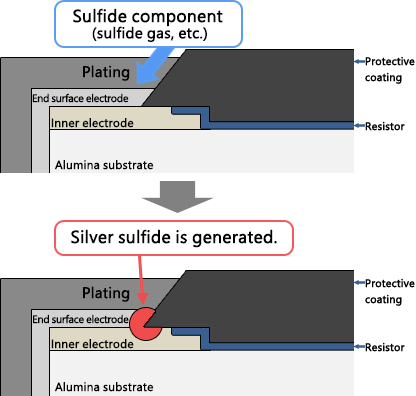 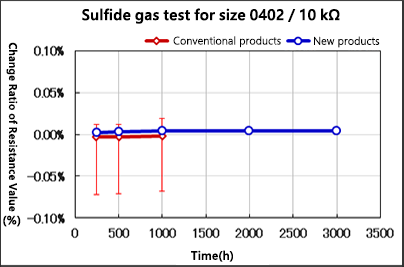 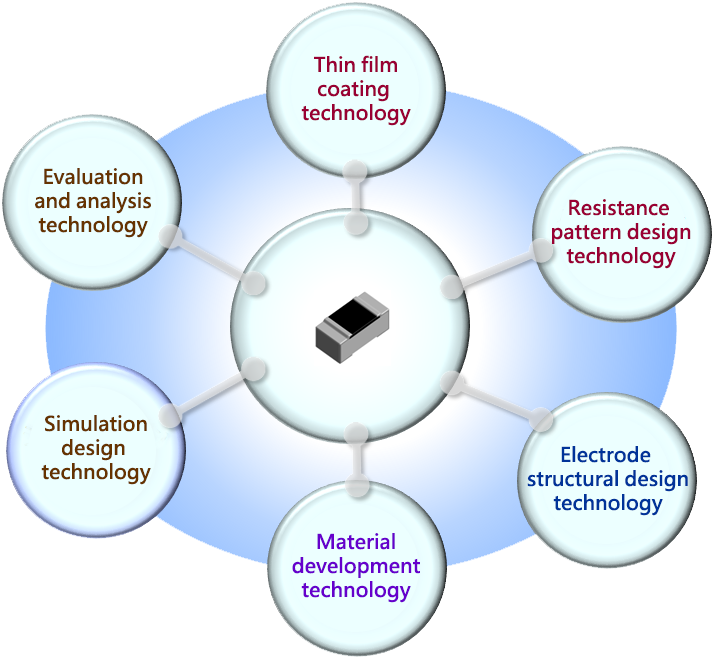 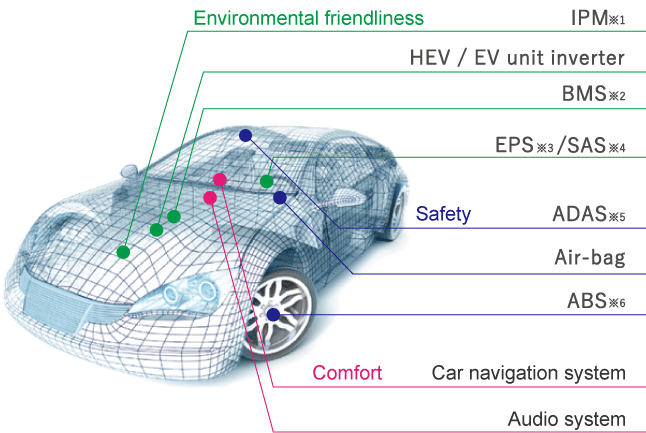 To realize high cruising performance of electric vehicle by maximizing battery performance, accurate voltage monitoring of the battery is required. This accurate voltage monitoring requires high-precision thin film chip resistor. When applying Battery Management System for electric vehicle, the power supply of several hundred volts is used. In the circuit where such high voltage is applied, surge (high voltage applied to the circuit in a short time) may be generated, therefore ESD resistance thin film chip resistor with ESD measures is the best to use. 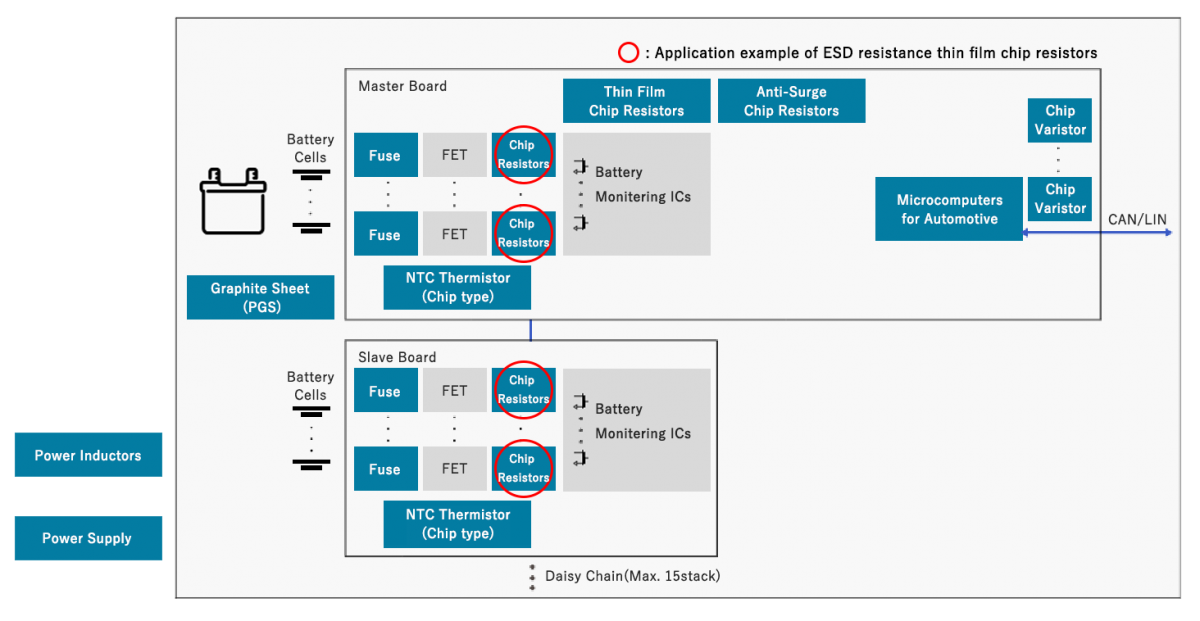