Although thermal management has always been necessary, its importance has been increasing in recent years due to the downsizing and high performance of equipment and systems.
Here are some examples. As shown by the above, in today's electronic equipment design, thermal design has become as important as electrical design.

Impact of Heat on Components and Equipment

You can perhaps understand intuitively that components and equipment becoming hot is not preferable. Heat-related problems due to generated heat or exposure to the high temperature of nearby heating elements are shown below. Issues associated with heat can be classified into functional, mechanical, and operator-related problems.

The life of electronic components basically becomes shorter at higher operating temperatures. For example, the life of aluminum electrolytic capacitors is known to be halved if the temperature rises by 10°C. This is because the rate at which the electrolyte liquid in capacitors diffuses to the sealing rubber is accelerated by heat. This results in a significant decrease in capacitance and consequently the lack of capacitance required by the circuit, leading to a circuit malfunction.
The graph below shows an example of the relationship between the operating temperature and estimated life of aluminum electrolytic capacitors with 105°C and 2000 h values guaranteed. The graph shows that the higher the temperature, the shorter the estimated life, and as described earlier, the estimated life of aluminum electrolytic capacitors is halved by a temperature rise of 10°C.
Heat, which has an impact on component functions and reduces their life, is therefore an important factor affecting reliability. 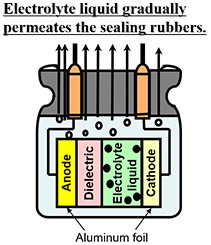 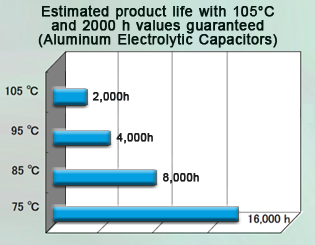 Thermal stress is generated by temperature rises on structures that consist of multiple elements, such as electronic components, modules, and printed circuit boards mounted with these. This is because these elements have different thermal expansion coefficients. Simply put, thermal stress is large when elements with significantly different thermal expansion coefficients are combined. The repetition of a normal temperature (or low temperature) state and a high temperature state, i.e., repetition of thermal stress, causes thermal fatigue leading to mechanical degradation and destruction. Heat, which becomes mechanical stress, induces component degradation and failure, thereby having an impact on reliability.

Some reported cases involve familiar items such as a "kotatsu" (a table with a built-in electric heater underneath and covered with a quilt), hot-water bottles, pocket warmers, as well as mobile information equipment such as smartphones. In one case, keeping a smartphone in a pocket for hours resulted in a low temperature burn due to the heat generated by the smartphone. It has also been confirmed that a temperature of 44°C, which is a fairly warm temperature for a hot springs, can cause low temperature burns if it acts on the skin for six or more hours.

As is clear from the above, the heat of equipment touched or carried by people gives rise to safety problems concerning the human body. Heat generation can also cause ignition, leading to a fire.

Impact of Heat on Society and Company Activities

The impact of the above-mentioned functional, mechanical, and operator-related problems due to heat is not limited to components and products. For example, home appliances can cause burns to people or fires that lead to the loss of homes, assets, and even human lives.
Products sold in large quantities causing problems can also lead to social issues. The company that sold the products will naturally suffer from a poorer image, incur substantial costs for recalls, compensation, etc., be legally penalized depending on the problems, and bear great social responsibilities.

In recent years, the temperature of final products tends to increase due to the downsizing (high-density components) and high performance of equipment and systems. Heat generation can cause problems to products and systems, thereby possibly having an impact on companies and society. Thermal management is therefore very important not only for ensuring the performance and reliability of products but also for society and company activities.

The next issue will explain thermal design and management. 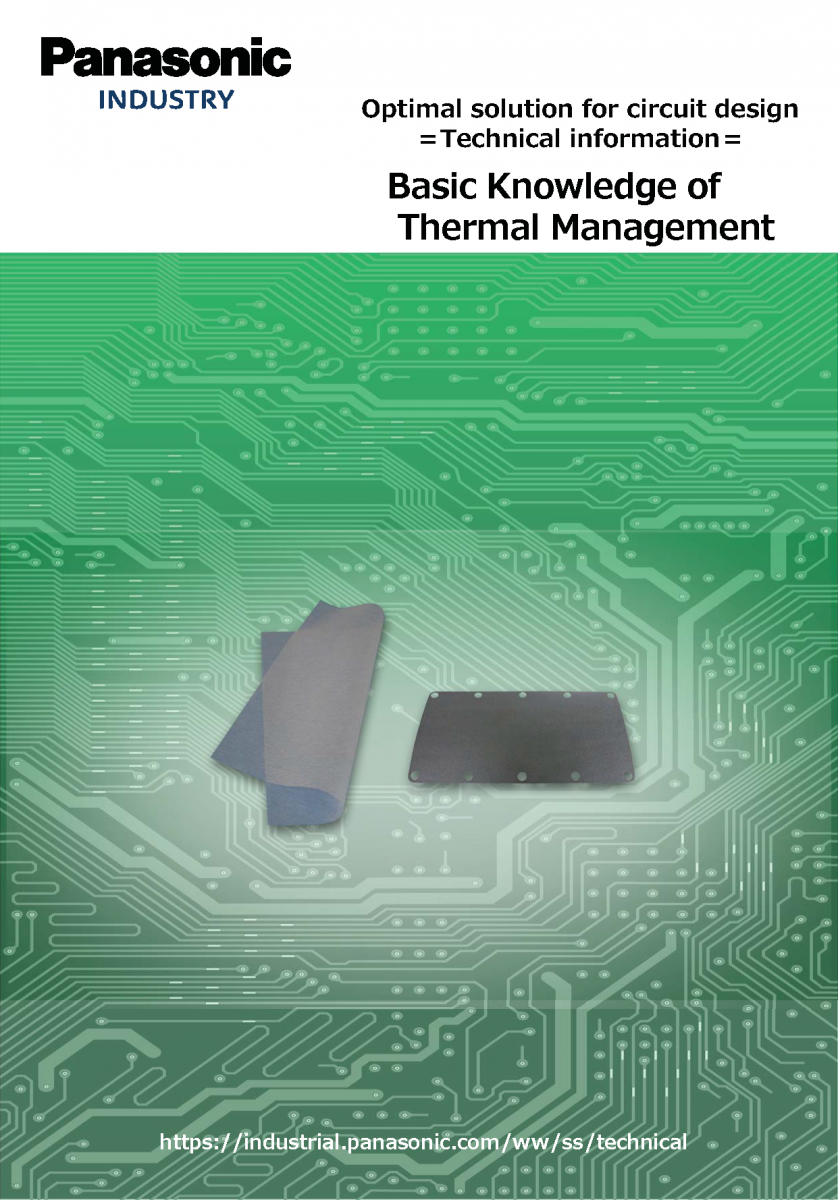