Inductors, also referred to as coils, are important passive components along with resistors (R) and capacitors (C). Coils usually refer to wound conductive wires, and among them, those with a single wound wire have in recent years particularly been referred to as inductors.

Inductance is usually represented by the symbol "L." Although this L is said to come from Lenz of "Lenz's Law" related to electromagnetic induction, there also appear to be various theories.

Basic Structure of Inductors and Inductance

The inductance of an inductor is determined by the following equation. 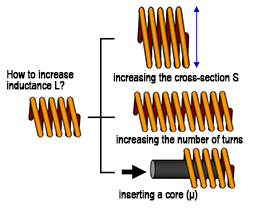 Voltage and Current of Inductors

As explained in connection with their structure, inductors are essentially wound wires and therefore, current basically flows through them when a voltage is applied. However, because inductors are components designed to use the action of electromagnetic induction, current does not simply flow. The action of inductors when DC or AC is applied will be described here.

●When DC is applied 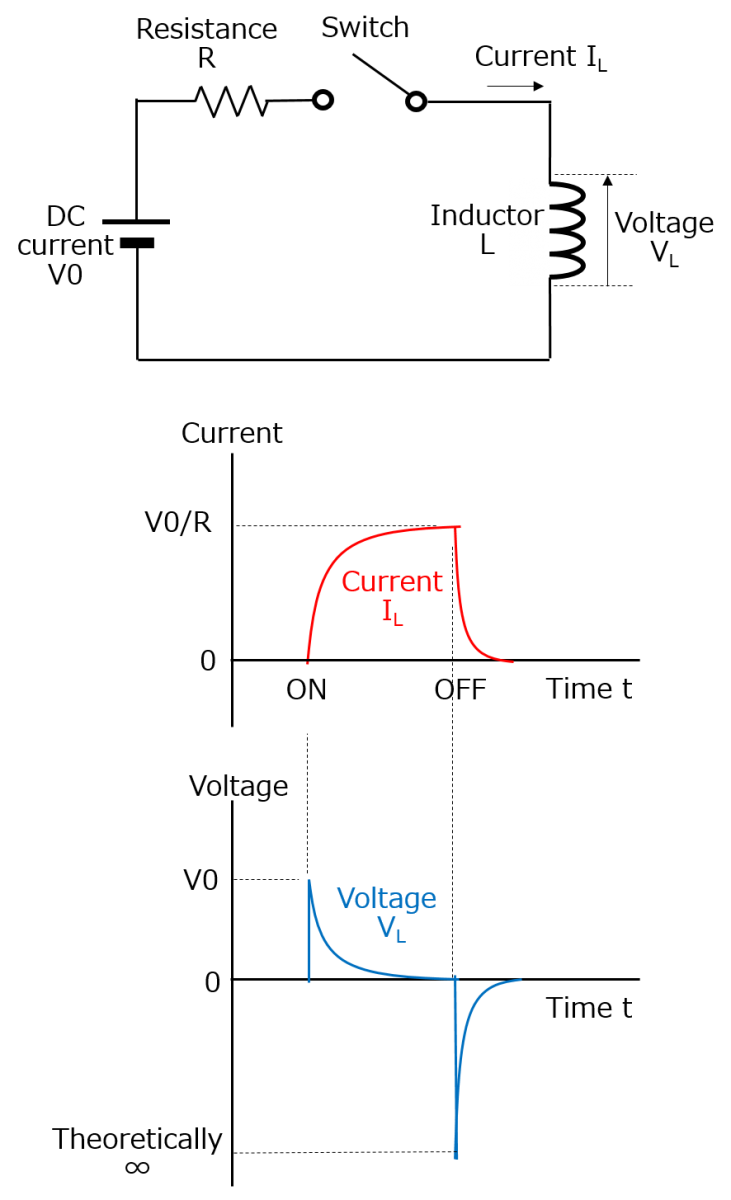 It should be noted that the reason the current does not become zero instantaneously when the switch is turned off is the discharge current flowing between the switch terminals due to the high voltage generated at the inductor.

能Inductors can generate such a high electromotive force because, as described in the section "What Are Inductors?" at the beginning, an inductor can "convert electric energy to magnetic energy and store it inside the inductor." The storable energy can be expressed by the equation below and is proportional to the magnitude of the inductance.

●When AC is applied 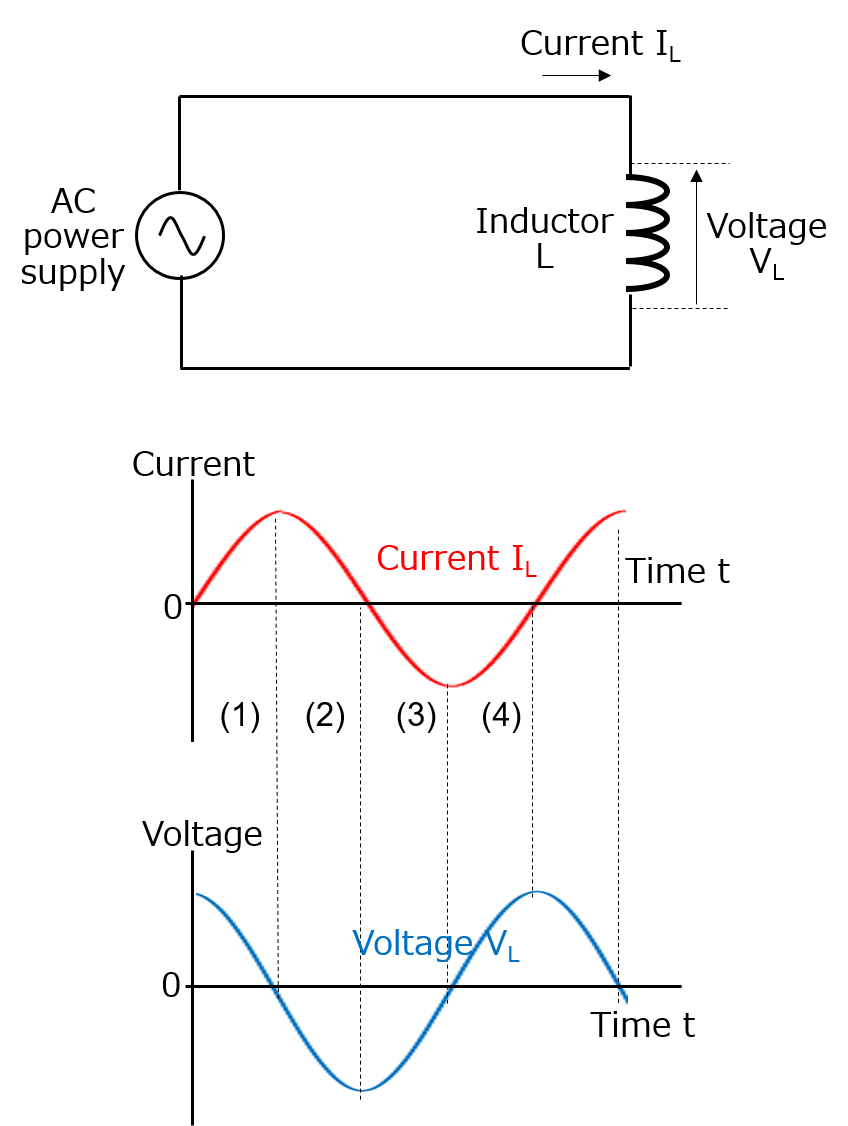 It was described earlier that the magnitude of the electromotive force generated on an inductor is proportional to the change rate of the current flowing through the inductor. This is the same with AC waveforms.

The table below summarizes the features of inductors in comparison with capacitors based on the explanation above.
As shown by the table, inductors and capacitors are electronic components with precisely opposite characteristics. 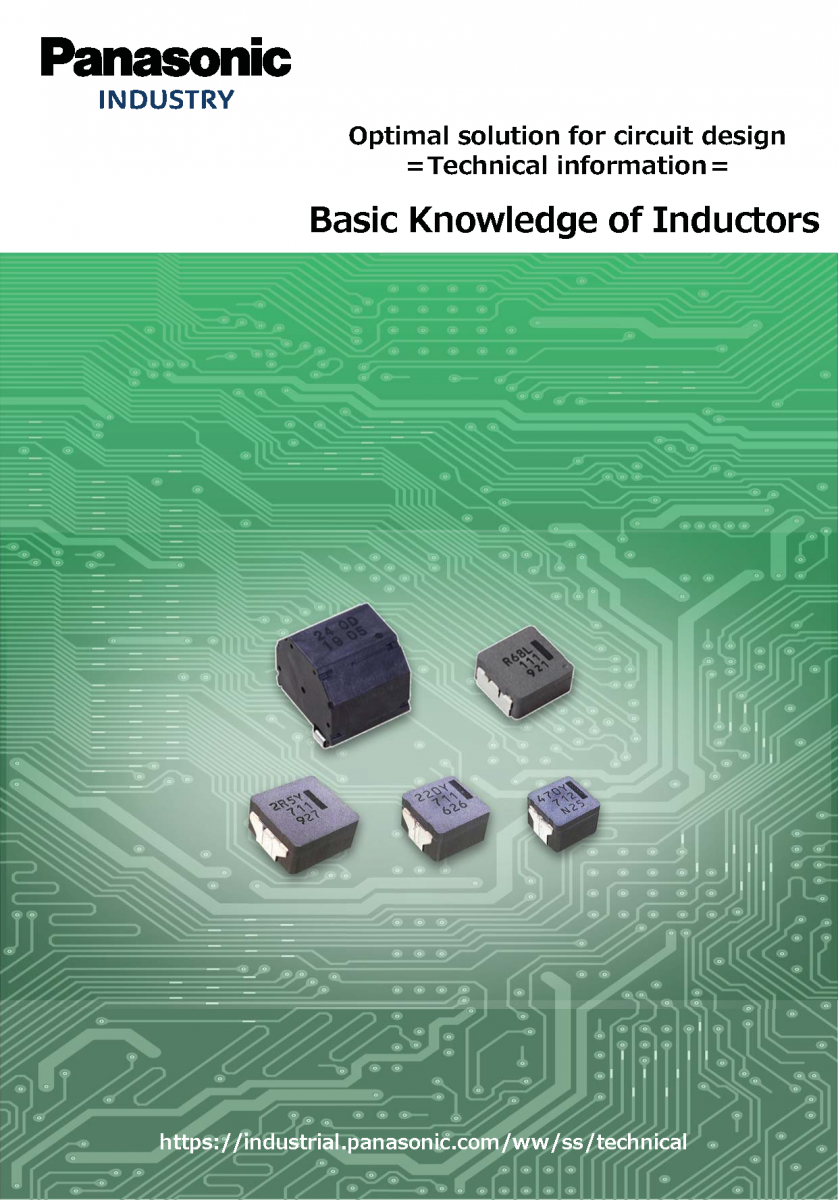