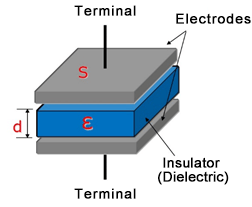 Capacitors have and provide the following properties in electric circuits: (1) Capable of instantaneous charge and discharge; (2) Do not pass DC but pass AC; and (3) Pass AC more easily at higher frequencies. 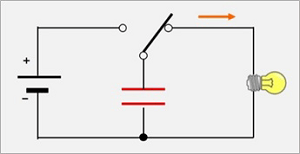 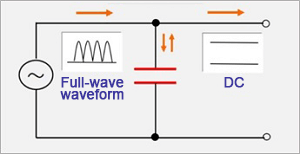 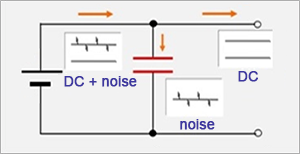 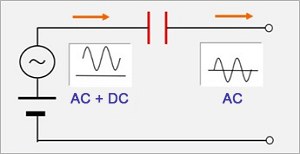 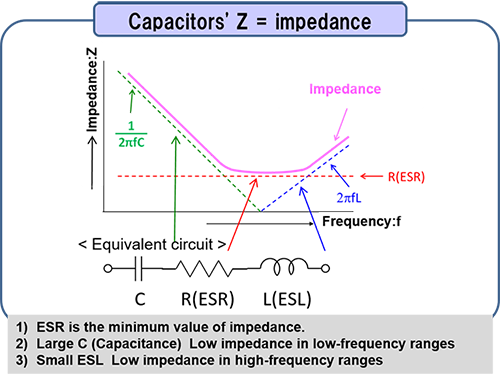 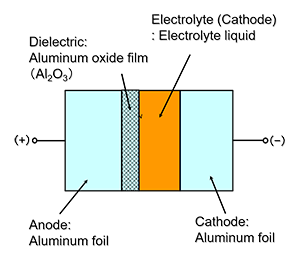 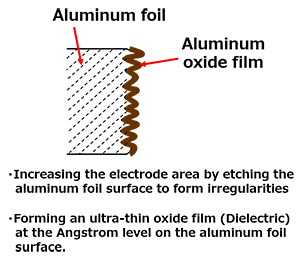 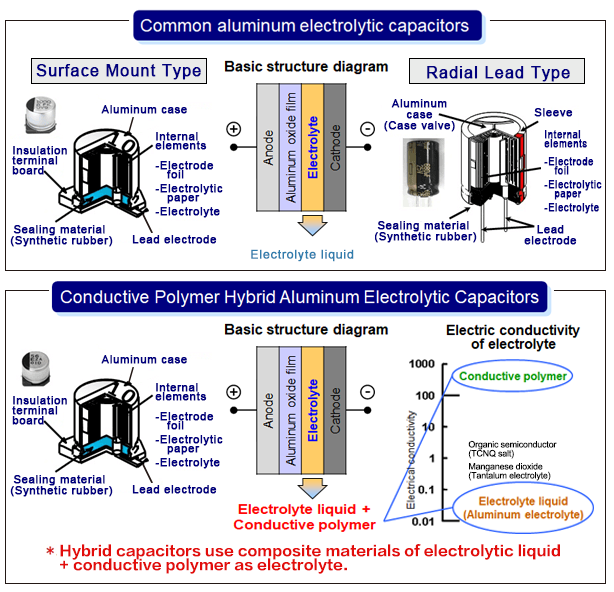 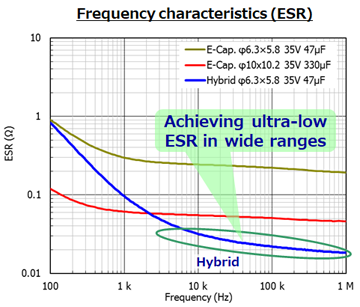 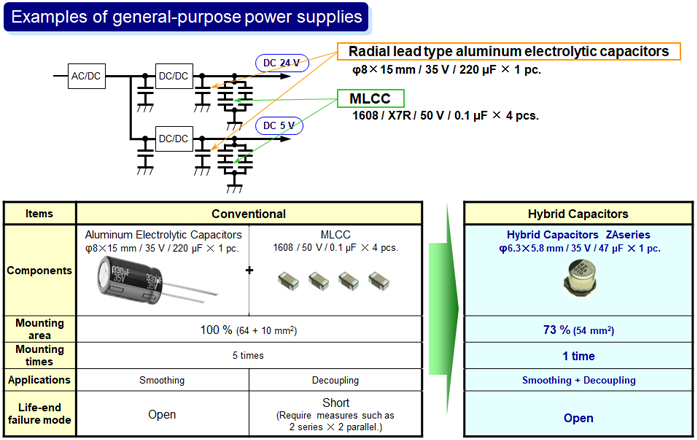 Next, we will introduce the examples of engine ECU and EPS motor control circuit power supplies. In the example of engine ECU, aluminum electrolytic capacitors used for DC-DC converter input were replaced by hybrid capacitors. The number of components was halved, and the mounting area was also significantly reduced.  In the example of EPS motor control, radial lead type capacitors used for smoothing were replaced by surface mount type capacitors. The mounting area and height were reduced, while reliability and ripple current rating improved. 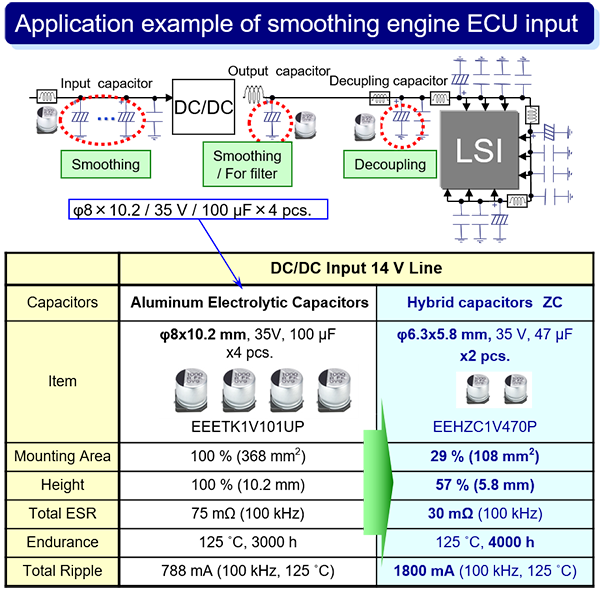 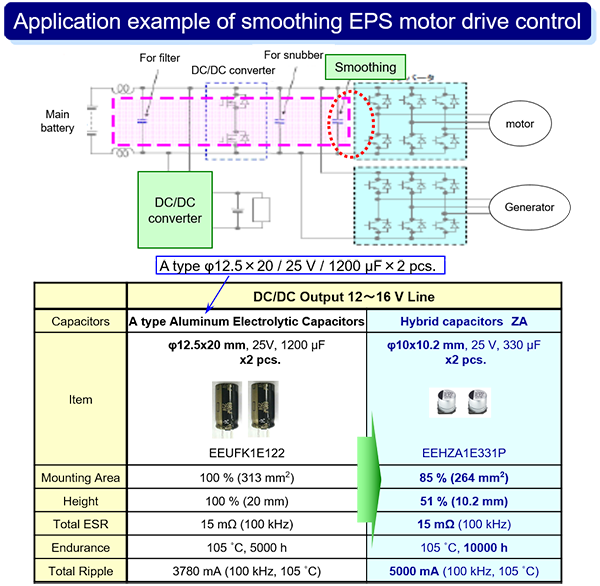 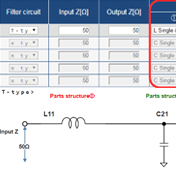