The previous article introduced capacitors' principles, structure, use methods, characteristics, classification, etc.
In the following issue, we will introduce different types of capacitors and their features, applications, etc. 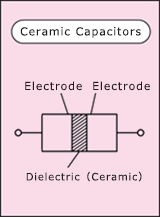 Ceramic capacitors, which use ceramic with a high permittivity as their dielectric, have the following features.

Ceramic capacitors also have disadvantages that require attention when used, such as DC bias characteristics (significant change in capacitance depending on the applied voltage), squealing (occurrence of noise due to high frequency vibration), and cracks that are likely to occur due to temperature or mechanical impact. 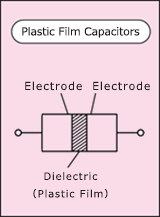 Film capacitors, which use a plastic film as their dielectric, have the following features.


Film capacitors have different features as shown below depending on the dielectric used, and different types are used in accordance with applications.

PET and PP are lead wire type dielectrics, and previously, PET, which is small and low-priced, was designed for general use, whereas PP with its excellent high frequency characteristics (low ESR) was used for high frequencies and large currents. However, with the progress in the miniaturization technology of PP film capacitors, PP, which also features high safety and high moisture resistance, is used more commonly now.
PPS and PEN, which feature high heat resistance, are used in surface mount type film capacitors. In terms of electric characteristics, PEN is close to PET, whereas PPS is close to PP.

Aluminum electrolytic capacitors have a structure in which an aluminum oxide film, which becomes a dielectric, is formed on the surface of the aluminum foil of the anode, and electrolyte liquid (consisting of a solvent in which electrolyte is dissolved) is used as an electrolyte (cathode).

One feature of aluminum electrolytic capacitors is their large capacity, which is achieved by increasing the electrode surface area (S) through the etching of the aluminum foil surface to form irregularities and by forming ultra-thin (d) of oxide films at the Angstrom level.
However, their equivalent series resistance (ESR) is higher than that of ceramic and film capacitors. 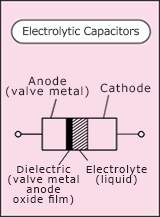 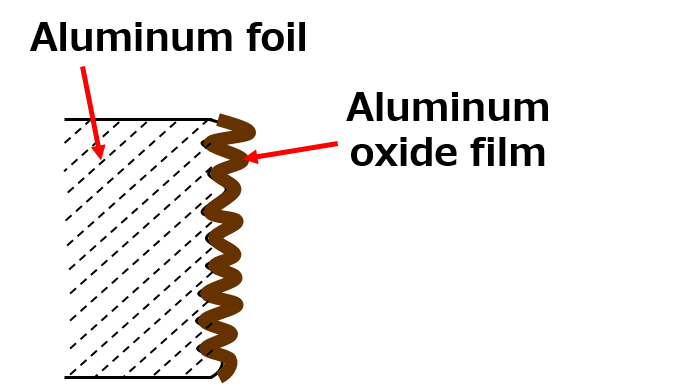 Aluminum electrolytic capacitors are products with a limited life. The electrolyte liquid vaporizes depending on the temperature and gradually penetrates the sealing rubber. Consequently, the capacity decreases and ESR rises over time, eventually leading it to be in an open state (electrolyte liquid having dried up).
When estimating the life of aluminum electrolytic capacitors, the "10ºC 2-fold law" can usually be applied.

Electric double layer capacitors have the following features in comparison with secondary batteries.

Summary of Types and Features of Capacitors

We have explained the features of each type of capacitor. The table below compares these capacitors.

Panasonic offers the following capacitors.
* Click on a lineup to go to its detail page.